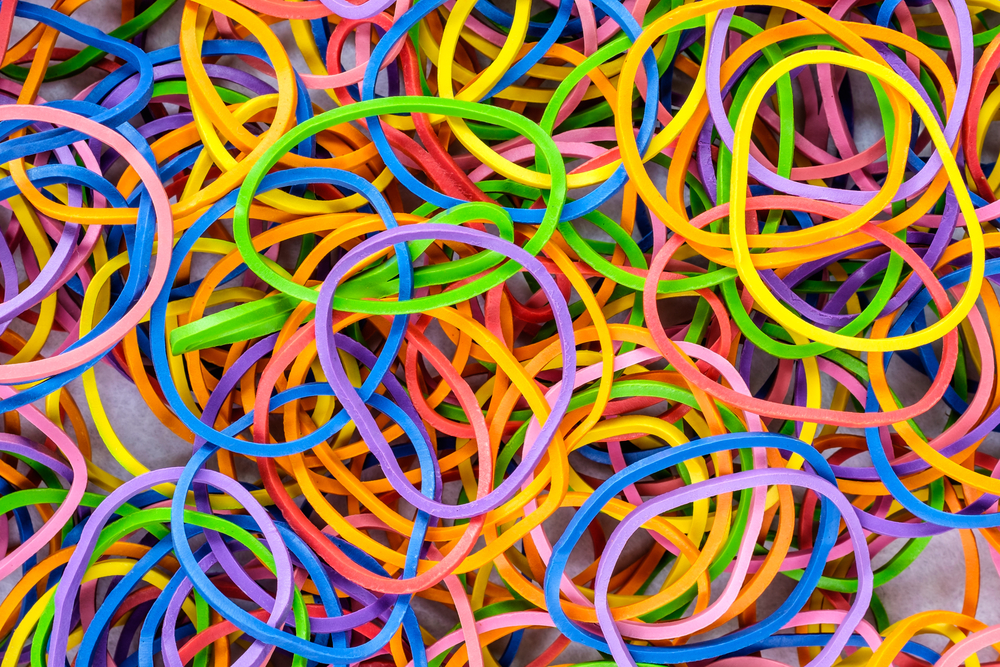 Everyone is talking about resiliency. Since 2004, the number of people searching or writing about it has doubled. With the tumult of 2020, that’s not likely to abate anytime soon. Ironically, while most people will tell you that resilience is a good thing, it’s not widely supported by policies or practices.

In the late 90s, Donella Meadows, an American environmentalist and educator, wrote about resilience from a systems thinking perspective. Her most enlightening insight contrasted resilience with its polar opposite – static stability. How could two concepts that both sound desirable be mortal enemies?

Static stability is seductive because it’s easy to see and quantify, making it perfect for planners who need to evaluate policy efficacy, especially around productivity. After planners enact new rules, they can measure targeted impacts. But the downside of inflexible systems is that they hide vulnerabilities, so when a system crashes, it does so suddenly, with few warnings.

In Chicago, you don’t need to look far for evidence of brittle systems enamored with metrics. When the COVID pandemic hit, high performing schools that strictly taught with traditional methods had difficulty pivoting. Conversely, schools that employed multiple modes of learning, including digitally mediated ones, transitioned quickly. Diversity is the antidote for static stability. Many unique actors can conspire to keep an ecosystem balanced, holding each other in check while offering multiple options to solve sudden problems.

Modern agriculture exemplifies the downsides of static stability. Although conventional farmers have never been more productive, they fight constant battles with weeds and pests because they suppress nature’s diversity in favor of monocultures. In a balanced ecosystem, where productivity doesn’t dominate, predators control pests while various plants in a polyculture hold each other in check. A diverse ecosystem is elastic because it has lots of options when things go wrong. Imagine if the human body could not fend off invaders, tolerate varying temperatures and food supplies, or reallocate blood supply on the fly.

Bending Instead of Breaking

A prime example of static stability affecting the practice of architecture is planning policy. Like modern agriculture practices, Chicago’s current zoning code was developed in the post-WWII era and fostered monocultures. In recent decades, that system has started to crash. Consider the sacred ground of Planned Manufacturing Districts that stood fallow for years, waiting for smokestack industries to return. Chicago’s planners sought static stability over resilience by reserving land for traditional manufacturers they knew well. But those manufacturers didn’t come, but new varieties eventually did, sometimes working at the nanoscale, ill-fitted for the old paradigm and its railroads.

Even now, as national online purchasing habits hollow out storefronts along Chicago’s feeder streets, the City has few cards in its planning deck to play. Its zoning code still relishes static stability, with unbending boundaries and regulations designed for decades past, unable to respond to Amazon’s disruption.

Adopting a resilient alternative isn’t so straightforward. First, in contrast to static stability, resilience is hard to detect. It often goes unnoticed until something goes wrong. Nobody thought much of schools that used Chromebooks or businesses that held Zoom meetings before the pandemic. Since people can’t see it, resilience is a hard sell. Asking citizens to sacrifice short-term predictability and productivity for long-term flexibility and sustainability is difficult. Policies promoting diversity to overcome the brittleness of static stability can offer compelling tradeoffs, especially in the wake of a pandemic that convulsed economies all over the world.

In 2017, the US Green Building Council adopted a third-party standard called Reli, which codified strategies for endowing projects and communities with resilience. Reli’s authors organized strategies in eight categories, including Hazard Mitigation, Social & Economic Vitality, and Health & Diversity. Unsurprisingly, Social & Economic Vitality comprises the largest category, with just under fifty different actions communities can take. Although commonly overlooked, the most powerful actions leverage a community’s human capital network’s capacity and diversity. As in any ecosystem, growing, connecting, and mobilizing capital to defend against disruptions allows the system to maintain long-term balance. In Eric Klinenberg‘s “Palaces for the People,” he chronicles the drastically different outcomes for residents of two neighborhoods in the wake of Chicago’s devastating heatwave of 1995. When residents weren’t connected to each other, they suffered substantially more.

For the City’s admirable Invest South West campaign, Chicago is currently requesting proposals for redeveloping strategic sites in ten neighborhoods to catalyze equitable reinvestment. Unfortunately, if the first twelve proposals are any indication, spaces for building or connecting human capital are underrepresented. Less than one percent of the million square feet proposed is devoted to building human capital (early childhood education). Although the crowdsourced teams set aside a modest amount for civic or community uses, they mostly rely on the traditional housing over the retail paradigm.

During the past year in these same neighborhoods, it has been discouraging to witness how the City’s static stability has frustrated our socially entrepreneurial clients. One client was required to mount an expensive year-long campaign to amend a 17-acre Planned Development to allow its job-training clients to bottle honey (harvested from hives on City property) in a 1,800sf prep kitchen. Another client wanted to expand its campus by purchasing an adjacent site for more open space. But the City demanded the owner first upzone the empty parcel to simplify zoning enforcement. The system’s rigidity is suffocating innovators’ attempts to get neightborhoods to bounce back.

There are no villains here- only a system designed for outdated predictability. Instead of merely seeking public benefits from private developers operating within a rigid framework, the City should actively partner with social entrepreneurs to catalyze the connection and growth of another type of capital – human capital. Instead of excluding or discouraging these not-for-profits with Special Use obstacles, the City should unleash their potential, actively helping them proliferate anywhere in the City. Like it helped early adopters of green building, the City should expedite projects for not-for-profits that seek to build or connect human capital. They are our City’s Weavers.

It is time to start cultivating the diversity the City needs to be resilient. Instead of focusing on excluding, the City should follow Minneapolis’ shift toward including. We need to nurture polycultures instead of monocultures. The short-term results will be hard to see, but in the long term, Chicago’s neighborhoods will bounce back, more resilient than ever.