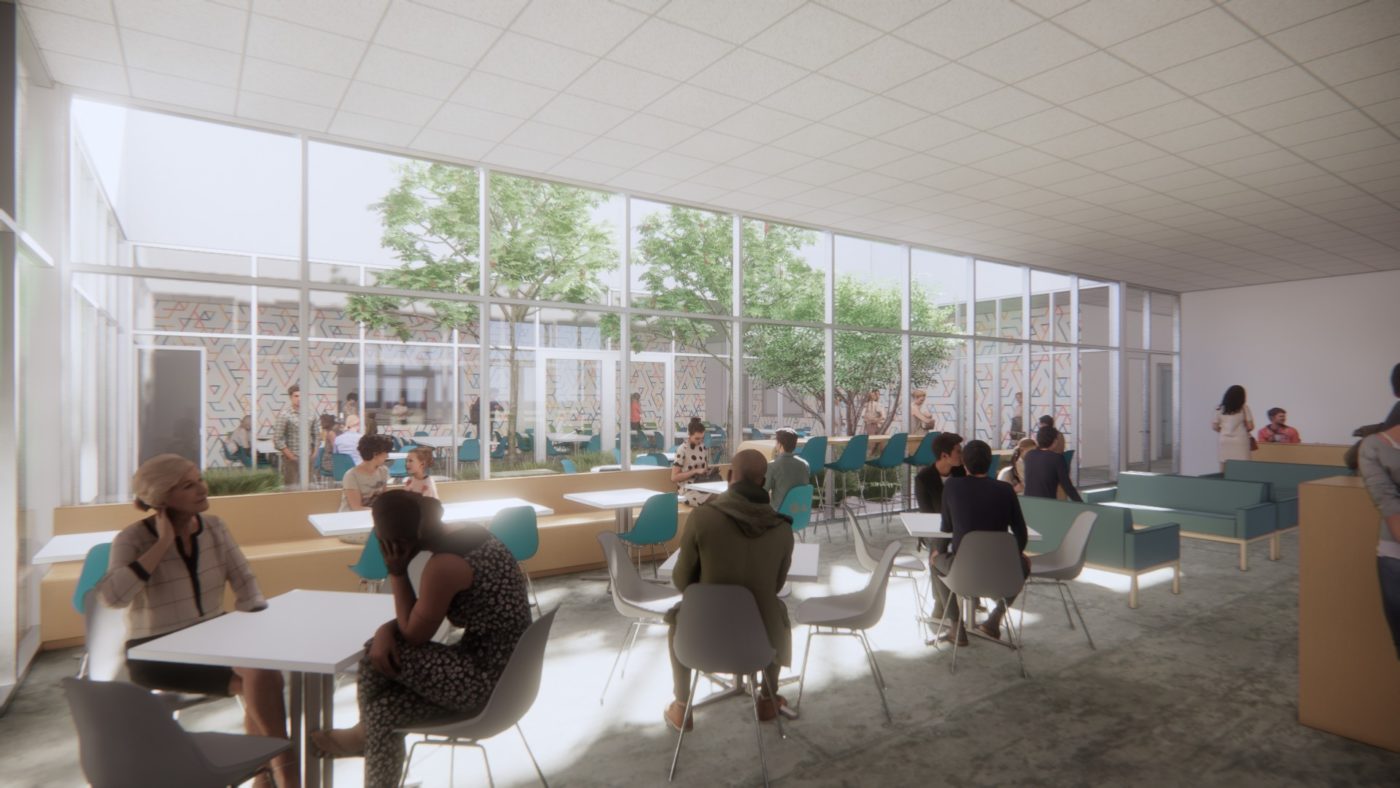 When most people think of trauma, they conjure up images of emergency rooms, medivac heliports, and sterile clinical environments. But that sort of trauma is less prevalent than its invisible counterpart, psychological trauma. Almost half of our nation’s children have suffered its impact, and 60 percent of adults have experienced at least one traumatic event.

Unlike physical trauma, psychological trauma can’t ever be erased. The best we can do is mitigate its impacts with intention. With many clients who serve people suffering from trauma, we’re constantly looking for and benefiting from guidance from experts like Dr. Jill Pable at Florida State University, who research best design practices. Dr. Pable has authored guides for designing for people experiencing homelessness that are exceptionally instructive. Years after hearing him speak in Chicago, I recently devoured Dr. Bruce Perry‘s new book, “What Happened to You?”, cowritten with Oprah Winfrey, that focuses heavily on children.

What’s striking about expert guidance is that it is not always intuitive. Evincing this disconnect is the prevalence of myths, like those of children’s innate resilience, which persist because trauma is invisible. As explained by Dr. Perry, traumatic injury occurs in a specific sequence in our brains, starting with the subconscious lower brain. Ignoring the sequence can lead to toxic mismatches in treatment and the design of environments, where well-intentioned reason becomes misplaced. The mismatch is particularly poignant in cases involving children since their traumatic injuries can occur before their upper brain, or cortex, fully develops. Regardless of someone’s age, trauma can result in seemingly inexplicable reactions and addictions. We’ve all experienced the “where did that come from” phenomenon. Since all stimuli are first filtered by our lower brains, which references past experiences, subconscious responses don’t always make sense to outsiders.

Dr. Perry’s fundamental insight is that therapies for healing or mitigating trauma must follow the same brain pathway as the injury. In other words, we must start from the bottom up by first regulating our hard-wired responses. After, we can then relate with our community, and finally, attempt a reasoned response. This neurosequential model relies on two primary strategies.

Both Dr. Pable and Dr. Perry advise two primary strategies for mitigating trauma’s effects, and both approaches have significant implications for designing environments. The first strategy focuses on regulating the hard-wired response to a past trauma. You can think of this as seeking a balance that allows you to temper reactions when triggered instead of succumbing to a fight or flight response or a tendency to dissociate or shut down. Natural systems, like the wind itself, are always trying to maintain equilibrium. This approach is no different.

Environments designed for people suffering trauma are not neutral bystanders. They can exacerbate someone’s reactivity or they can help them regulate. As designers, we can identify things to add or subtract from environments that will help trauma sufferers regulate. In Dr. Perry’s words, helpful environments are moderate, controlled, and predictable. They avoid triggering hypervigilant users with arrangements that threaten personal safety. The classic example is seating someone in a room with their back to the door, which heightens their sense of vulnerability. Instead of flaunting security measures, it is advisable to remove hardened security elements and expressions of authority. So, instead of a metal detector making people feel safe, it heightens their sense of threat.

On the additive side, designers should provide spaces and elements that promote agency or choice. Helpful environments don’t rely on written signs to identify choices since they require cognition for navigation. Intuitive wayfinding is best. Regulating environments should offer multiple defendable places to sit, stand, or walk, with clear sightlines to landmarks that make navigation instinctive. Helpful environments should include spaces for rhythmic activities like walking, fiddling, rocking, or even music and dance. At the same time, these spaces should avoid exposure to jarring, loud, or cacophonous noises. Most notably, designers should provide a quiet de-escalation room that staff can use to mitigate the contagious effects of someone’s expressed emotional pain.

The second strategy for mitigating trauma’s effects is connection. Connecting with others or the natural world relates the self to community, avoiding isolation. Similar to supporting regulation, designers can add or subtract elements to support connections. Most obviously, providing spaces for socializing where people can interact as participants or observers is essential. While not directly interactive, immersing people in the work of artists can connect to the emotions of a larger community. Connecting to nature is strongly suggested. Landscaped courtyards encircled by glass walls and windows offering views of the outdoors provide primal links to the natural world and its rhythms.

On the subtractive side, designers should avoid the hallmarks of impersonal institutions, like stark emptiness and monotony. At the other end of the spectrum, a chaotic, cluttered, environment is equally detrimental.

We recently designed a new facility for a homeless shelter, envisioned as a place for recovery, not just survival. The design incorporates elements previously mentioned to promote regulation and connection, with a public face aimed at winning the trust of strangers. With defendable places to sit and walk and multiple communal spaces surrounding a daylit central courtyard, clients will hopefully be able to regulate and relate before considering possible changes to their lives, aided by a caring staff hoping to lead them to an exit from homelessness. The clients’ recovery, not the temporary shelter, is the overarching goal.