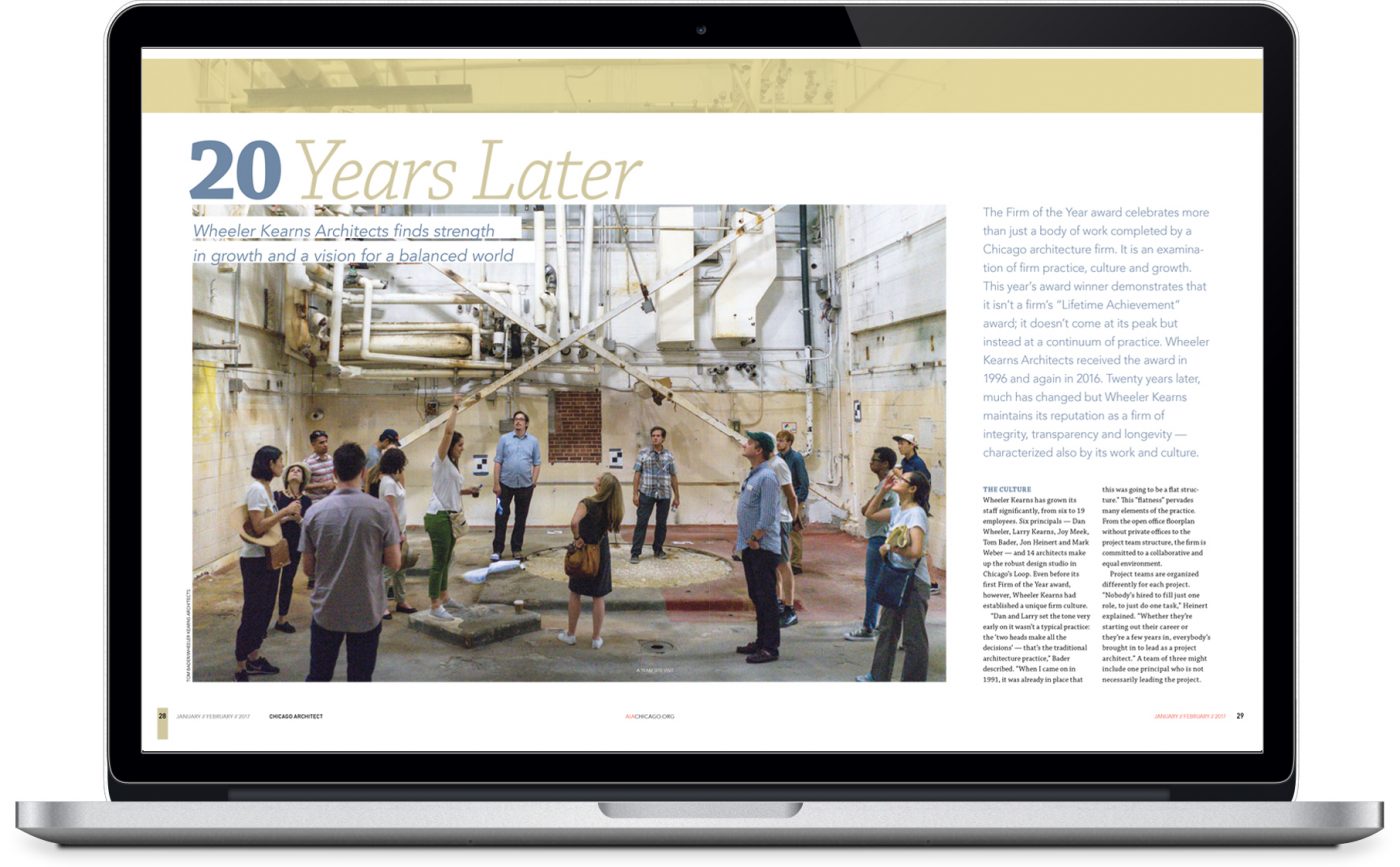 WKA is featured in the 2017 January/February issue of Chicago Architect magazine!

“The Firm of the Year award celebrates more than just a body of work completed by a Chicago architecture firm. It is an examination of firm practice, culture and growth. This year’s award winner demonstrates that it isn’t a firm’s “Lifetime Achievement” award; it doesn’t come at its peak but instead at a continuum of practice. Wheeler Kearns Architects received the award in 1996 and again in 2016. Twenty years later, much has changed but Wheeler Kearns maintains its reputation as a firm of integrity, transparency and longevity – characterized also by its work and culture.” – Anjulie Rao, Chicago Architect